A Conundrum of Coral 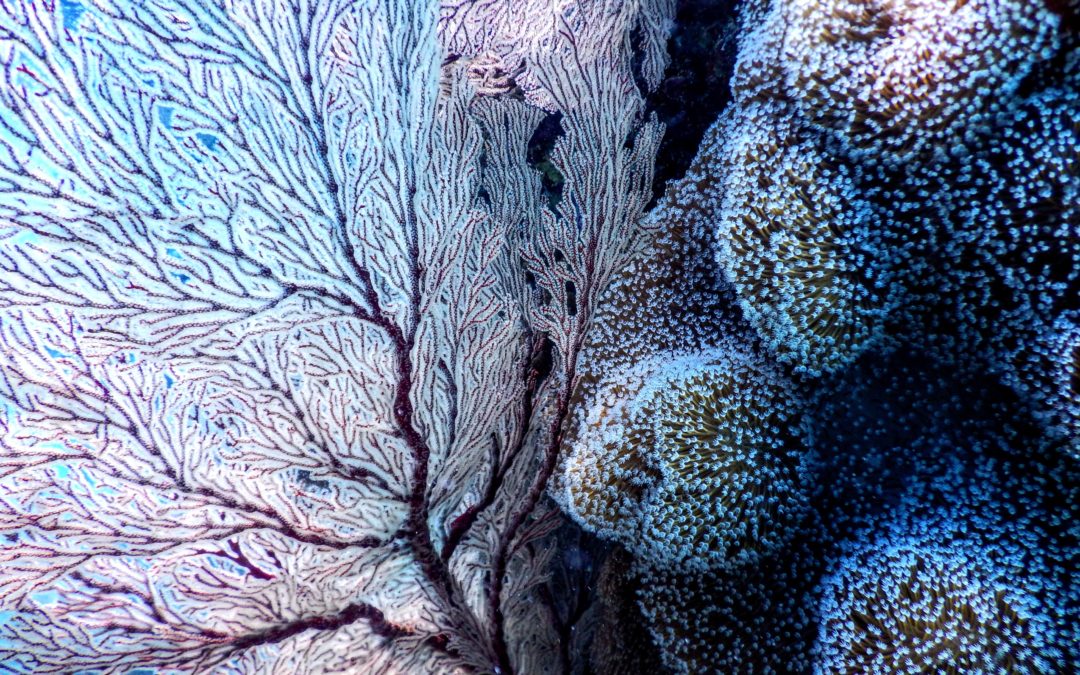 In recognition of World Ocean Day, I found this intriguing information on the page about the bing image of the day.

‘Biorock,’ aka ‘seacrete,’ is a substance that helps spur growth of corals and reef ecosytems in areas where natural reefs have died-off. The process involves submerging a metal frame in seawater. Then a low-voltage charge is applied to it (not enough to harm marine life). This charge gradually causes calcium and other minerals to build up on the frame, creating conditions similar to substrate (foundation) of natural reefs. Divers then transplant coral fragments from other reefs. Attached to the structure’s frame they begin to grow, typically faster than in natural environments. Eventually the reef looks and functions like a natural reef ecosystem rather than an artificial one. This biorock reef is off the coast of the Gili Islands, Indonesia.

I watched a movie recently about a group of divers attempting to replicate the process they used in “Chasing Ice” to document the demise of coral reefs world wide. The movie “Chasing Coral” came out in 2017. It brought my attention to a demoralizing prospect of losing these reefs. Not only are they mind-boggling in their beauty and array of species they support, they are largely responsible for the health of the Ocean and from that the very air we breathe.

This may be one of many impressive attempts of technological recreating and restoring some of the damage we have done. However, I have several concerns about this sort of “fix” in the bigger picture.

Getting to the Root of the Matter

From a Time story on the topic, this information (three years old, published in 2016):

A number of factors—from water pollution to disease—can irritate corals. Any of these can cause them to expel the colored algae known as zooxanthellae that they live with symbiotically. Warm water temperatures, caused by a combination of long-term climate change and short-lived weather phenomena like El Niño, deserve the blame for the current bleaching episode.

Lack of substrate does not cause the die-off called bleaching. How then would creating new substrate and seeding it with bits of coral resolve the main concern? What is being done to determine the causes of the disease? or to address the water pollution issue. I am thrilled to learn automobiles are not allowed on at least some of the Gili Islands. However, at the same time they are drawing tourists who travel there by plane and motorboat. These are two even greater contributors of carbon emissions. Is this project that “helps spur growth … in areas that have seen die-offs” intended to boost the attraction for tourism? Those dollars continue to fuel the runaway feedback loop killing the reefs world-wide. Those seeking those dollars don’t want to alarm those with the financial means to make a real difference.

(Regarding the film “Chasing Coral”) “But, Orlowski did not put his heart, soul, and filmmaker’s mastery in this film to discourage. He wants us to change, and concludes his film with initiatives to bring more public attention to this loss and ways to stop it.”

Please leave a comment in the Comments section. Let’s start a conversation that won’t disappear in the scrolling Facebook feed.