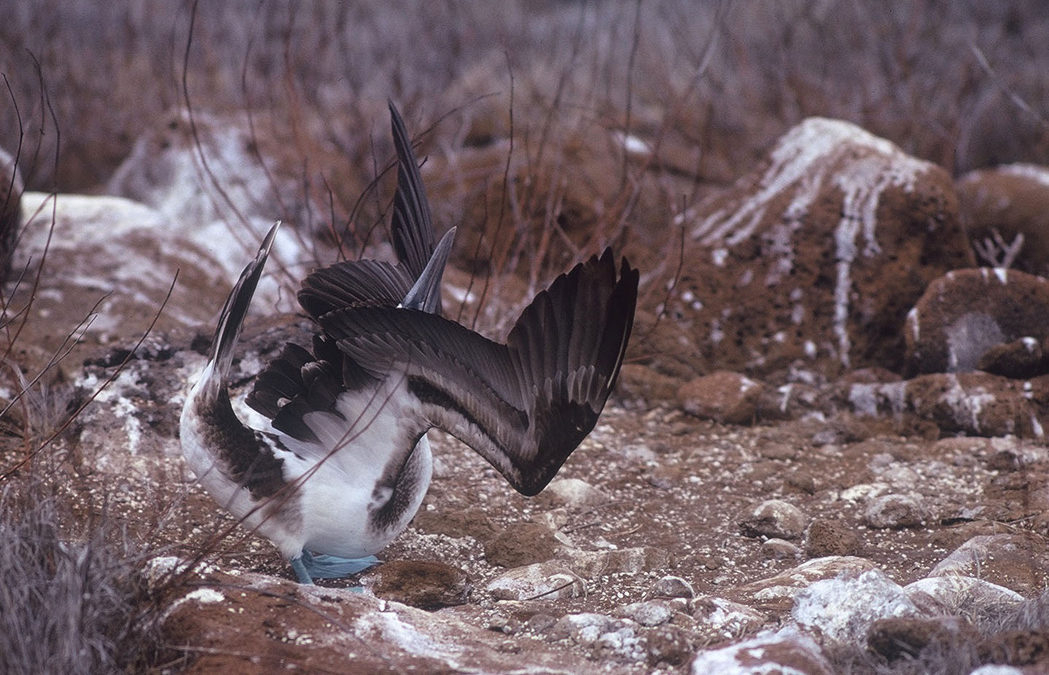 The blue-footed booby (Sula ) is a marine bird native to subtropical and tropical regions of the eastern Pacific Ocean. It is one of six species of the genus Sula – known as boobies. You have most likely seen pictures of the boobies’ distinctive bright blue feet, along with their clownish behavior. Sky-pointing is males try to attract the attention of females. Males display their feet in an elaborate mating ritual by lifting them up and down while strutting before the female. The female chooses mates by the intensity of the hue of blue. This makes their feet a sexually selected trait. The blue color reflects the of key nutrients in each bird’s diet. The female is slightly larger than the male and can measure up to 90 cm (35 in) long with a wingspan of up to 1.5 m (5 ft).[

The natural breeding habitats of the blue-footed booby are the tropical and subtropical islands of the Pacific Ocean. You can find Blue-Footed Boobies from the Gulf of California down along the western coasts of Central and South America to Peru. Most famously, you will find Blue-footed Boobies in the Galápagos Islands.

Approximately of all breeding pairs nest in the Galápagos, and this is where you have the greatest chance of seeing them up close. Boobies in the Galápagos are unafraid of humans as they have few native predators in these islands. The Boobies’ diet is mostly fish. The Boobies fish in a plummeting dive followed sometimes by swimming underwater in search of its prey. It most often hunts in groups, although they may hunt alone.

The blue-footed booby usually lays one to three eggs at a time. The species practices asynchronous hatching, in contrast to many other species whereby incubation begins when the last egg is laid and all chicks hatch together. This results in a inequality and size disparity between siblings, leading to facultative siblicide in times of food scarcity. This makes the blue-footed booby an important model for studying  conflict and sibling rivalry. Imagine how lucky you may have been to not have older and bigger siblings actively prevent you from eating until you died if there was not enough food.