Taking to the Streets for Climate? 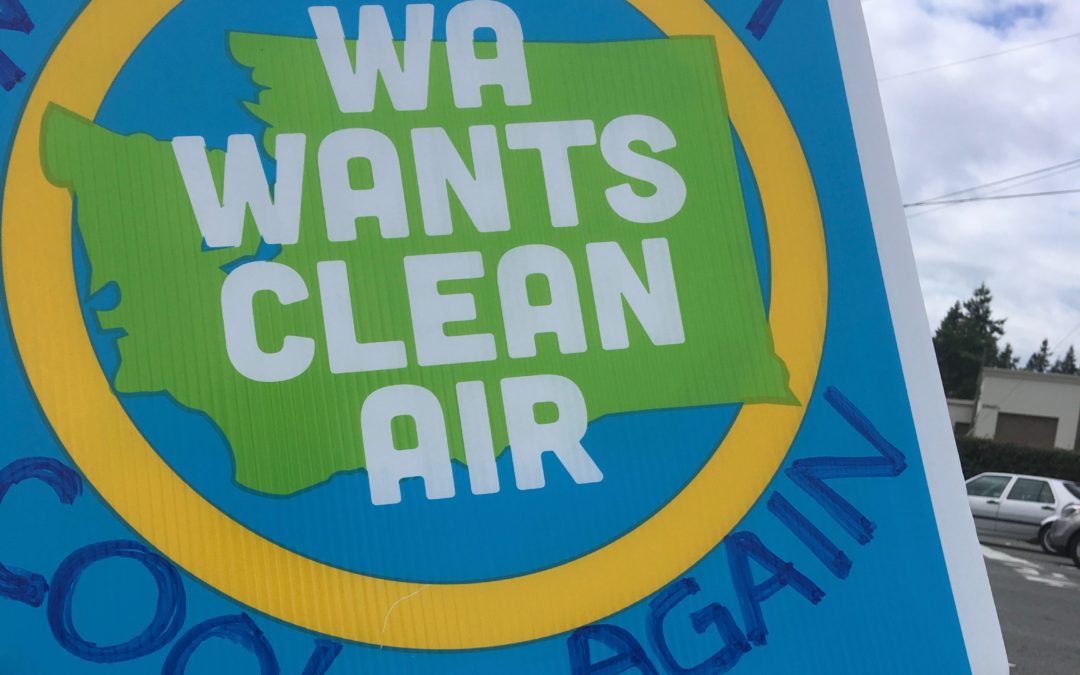 When I learned about the strike for the climate instigated by Greta Thunberg, I sought somewhere I could join students taking to the streets for the climate. I wanted a location I could reach without contributing to the problem. Every place I could find required a drive or multiple bus connections. At the last minute I learned of a group gathering at a busy intersection of a main thoroughfare close enough for me to walk. It was also across the street from the service location where I needed to take my 2003 hybrid Honda Insight in for an oil change. It had just reached 3000 miles since the last one, nine months previously.

I compromised by combining the oil change errand with the protest. I added “MAKE EARTH COOL AGAIN” in thick blue marker around the outside of a “WA WANTS CLEAN AIR” sign from a failed Washington State initiative for a carbon tax. When I got to the corner, two people were leaving. I learned they had been there for the duration of their lunch break. Three remained. I joined them just before another left. We three women of a certain age (far from being students) stayed another hour, waving our signs.

They both wore dust masks and carried hand made signs. We waved to torrents of cars driving by, an estimated ninety percent or more with single drivers, no passengers. The buses mostly whizzed by nearly empty. Occasionally a bus passenger disembarked at the stop next to us and waited to cross at the crosswalk.

One young man thanked us for our efforts while waiting for the light to change, “I had to leave my country and move here because my home was being flooded by rising sea level.”

“Where are you from?” we asked.

“Malaysia,” he replied, “There’s not much we can do about the climate crisis. We’re counting on more developed countries to do their part to save ours from inundation.”

The crossing sign turned to WALK and he crossed to the other side of the thoroughfare before we could offer support or apologies. How do you say, “I am sorry we are responsible for the destruction of your home?”

The only fitting response I can consider is to do more of what that young man was doing. Take the bus if at all possible. Use less water? Turn off the lights? Hang clothes to dry? Eat less meat? All of these efforts feel about as futile as standing on a street corner waving a sign. It will take more of us, solo as Greta was to begin with, joined by others, joining students taking to the streets for the climate regularly and in greater numbers, writing our legislators to support the Green New Deal (as one sign said) and reducing our consumption.

What other choice do we have? As one of my companion’s sign said, “No Planet B.”

Looking for images of other strikes, most of them far more massive than our tiny effort, one sign spoke volumes: “IF THE CLIMATE WAS A BANK YOU WOULD HAVE SAVED IT ALREADY.”

How does the critical nature of this catastrophe rise to the level of daily market news on what numbers the stock market has risen or fallen each day? Shouldn’t we be tracking other numbers more critical to our survival?

Here are a few numbers greater than three and a link to sources for information about taking action: