What is Twenty per cent of Your Life Worth? 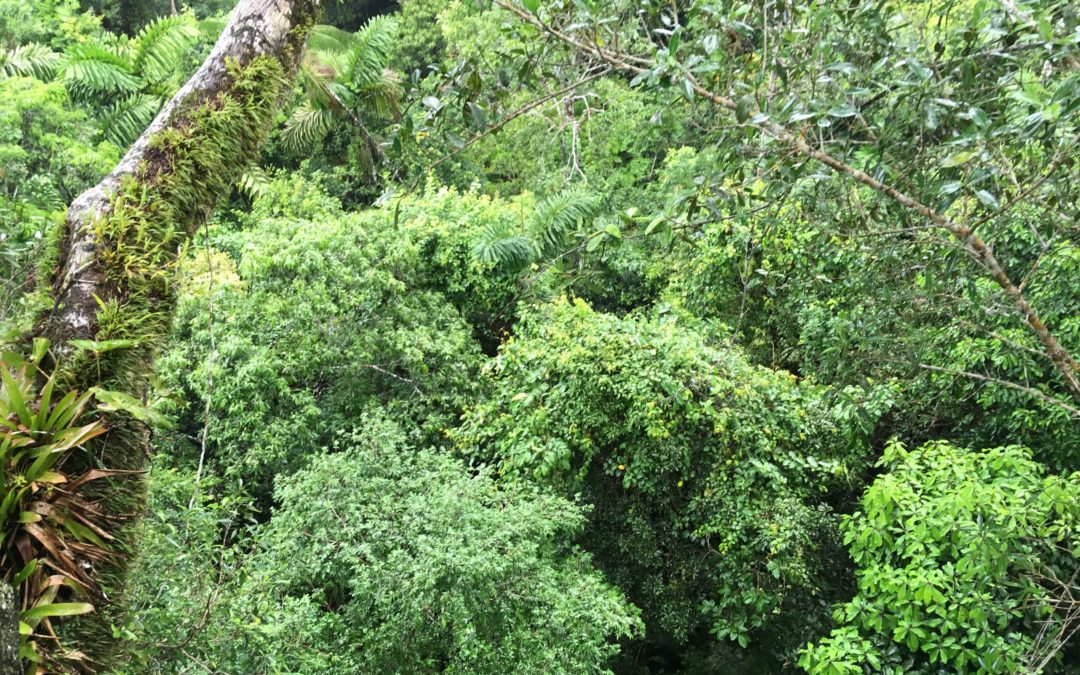 What if you had to give up twenty percent of your life? that is one-fifth. If you get the recommended eight hours of sleep every night, that’s thirty-three percent. Would you give up almost five hours of sleep? What else could you give up? eating? drinking? How about breathing? Breath is the most essential action we take. Most of us do it most of the time without giving it a second’s thought. We need not think about breathing because our bodies do it without conscious effort most of the time.

Trees, ferns, bromeliads and mosses and all other plant life of the Amazon breathe in carbon dioxide. They then breathe out oxygen every animal, including humans, needs to live.

The plants of the Amazon basin exhale twenty percent of that oxygen we breathe. The air that swirls through the tissue paper thin gauze of atmosphere carries the sweet breath of the rain forest to all of us.

About 20% of the Amazon has already been destroyed, and that’s what scares Sizer (Nigel Sizer, tropical forest ecologist and chief program officer with the Rainforest Alliance). “The newest science now says if we deforest, if there’s a clearing of more than about 30% to 40% of the Amazon rainforest, it will start to dry out. We’ll pass an irreversible tipping point.”

So where does the remaining eighty per cent come from? If you have ever taken any business management or time-management classes you may recall the 80-20 rule. The Pareto principle (also known as the 80/20 rule, the law of the vital few, or the principle of factor sparsity) states that, for many events, roughly 80% of the effects come from 20% of the causes.

If we applied the Pareto principle to breathing, we would get eighty percent of our oxygen from 20 percent of the air. It’s hard to imagine applying this principle to life itself. Although Pareto was an economist, he was not an ecologist, nor was he a physiologist. Some natural events may not fall neatly into his model.

Every Breath We Take

For example, breathing. The air we inhale is about 78% nitrogen. Hmmm that sounds mighty close to 80% you say? So are we functioning on 20% of the air we breathe in? Not so fast young person. While the air we breathe in is about 20% oxygen, we only consume five percent of that oxygen in each inhalation. However, of that five percent, we are removing twenty-five percent of the oxygen that entered our lungs. We then replace it with carbon dioxide exhaled from burning the fuel we take in when we eat. Think of it as similar to the smoke and steam released from a wood fire.

So could we still extract the oxygen we need to sustain our lives if we had 20 percent less oxygen in the air?

The percentage of CO2 in the atmosphere has increased in our lifetimes from about 330 parts per million, or about three one hundredths of one percent, to over 400 parts per million, or about four one hundredths of one percent. That may sound like not much of a shift. Just as a degree or two difference in global temperatures may not cause you to more than shrug your shoulders. Heck the temperature each day rises and falls more than two or three degrees. But that is confusing weather with climate. A little like confusing the cars passing in front of you at any given moment with the increase in the total number of cars everywhere in the world.

A Matter of Time

More than half of the carbon all of humanity’s activities have exhaled into the atmosphere in our entire history has been emitted in just the past three decades. Since the end of World War II, that figure is 85 percent.

I just watched Cast Away, the movie where Tom Hanks plays a FedEx employee obsessed with time and punctuality. He is cast onto a mid-Pacific island when the plane he is riding in goes down after a mysterious explosion. His most clung to possession during the more than four years he spent surviving on the island was a watch. Not because it kept track of time. It became waterlogged and stopped functioning as a time piece before he landed on the beach. The watch became his beacon of hope for survival because it contained a picture of his fiancee, the woman he loved, the one he hoped to be re-united with. Even that became something he was sure he had lost. In the end he realized the only thing that kept him going was to keep breathing.

What a difference losing twenty percent of anything could mean, but when it comes down to the person we love? or the air we breathe? as the credit card ad says, “priceless.” That is what the Amazon is to we humans. Priceless. And that is why it becomes imperative we do everything we can to keep it healthy, to prevent the loss of any more of it, especially to destruction by logging and oil exploration, both of which speed us towards catastrophe.

You might say, but wait, if we apply the 80/20 rule to air to breathe, what about the remaining 80 percent not provided by the Amazon? Could we not find a way to make use of the remaining 80 percent and manage without the Amazon? The problem is: “…ocean phytoplankton are responsible for 70 percent of Earth’s oxygen production. However, some scientists believe phytoplankton levels have declined by 40 percent since 1950 due to the warming of the ocean.” Ooops, there goes that chance.

Then there is the issue of plastics in the ocean. Plastics harm organisms we rely on for that darn air we need to breathe. If we could figure out a way to live without air, we would solve the biggest problem of space colonization. But what does that have to do with the beautiful blue planet we love? Does our attachment to home have any bearing on the decisions we make about how much of it we are willing to do without? What matters most, our need to breathe? or our love of the planet that gives us life? What twenty percent part of your life are YOU willing to give up?